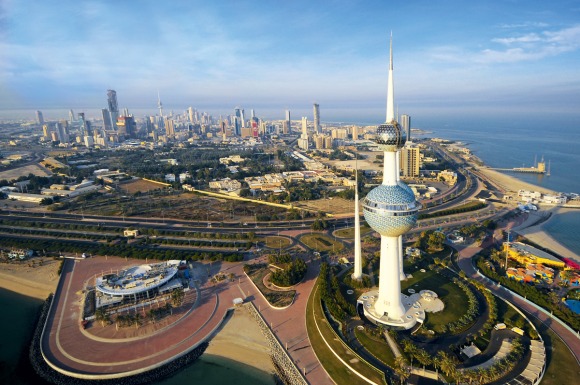 I am currently on assignment Kuwait, one of the oil drenched Gulf states. The economic incentives at play here are unlike anything I have ever seen. At university years ago we spent a couple of hours in undergraduate economics talking about rent seeking – looking for an economic gain without a reciprocal return to society through wealth creation.

Laid out before me is a whole economy resting on this premise and driven by the distribution of oil rents. Kuwait has been pumping around 3 million barrels of oil a day and is targeting 4 million  with some urgency now oil prices have collapsed. Currently this earns them an oil rent (after costs of production and depending on the price) around US$60 million a day. When oil prices were over US$100 a barrel they were getting US$300 million a day. Kuwait has one of the highest dependencies on oil – some 93% of its revenues come from oil rents.

Some indicative figures provide context. The population of Kuwait is about 3 1/2 million people.  Around one third of residents are Kuwaiti citizens, the vast majority of the remainder are guest workers. Guest workers remit around A$25 billion a year to their home countries. This is equivalent to 55% of the Kuwait national budget. Nine in ten Kuwaiti citizens are employed by the government. The country rests on a cash reserve of around US$600 billion.

All businesses, with a few limited exceptions, are required to be 51% owned by Kuwaitis. So there are a range of business partnerships that are not strictly commercial but compliance-based. At any stage, the dominant partner can take control of the business.

This creates some very peculiar incentives. Lack of permanency for guest workers provides little incentive to save, spend or invest in Kuwait. So Kuwait misses out on retaining a significant proportion of their remittances.

With significant reserves in the ground – over 75 years – there is little incentive to move away from this rent-seeking model and the inherent imbalances it introduces. However in the long term that transition will be necessary.

It will be fascinating to see how this plays out over time.

2 replies on “The Rent Economy”

Hello this was very informative and interesting. I hope to hear more good news

Craig, I found this fascinating.